Once again I find myself listing positive things that happened throughout the past year. It’s been a quieter one this time round owing to circumstances surrounding family, finances and work for both Helen and I, but there’s still been some rays of light. I think perhaps the biggest thing for me has been writing and performing, but plenty of other things happened when I actually think about it.

END_OF_DOCUMENT_TOKEN_TO_BE_REPLACED

The year didn’t quite go to plan and I’m not where I thought I’d be – a mix of reasons, but mostly history dragging its heels. For many of us, triggered by the political and social landscape changes, the 24-hour rolling news, and all this “post-truth” stuff, it’s easy to get mired down in negativity. However there is a need for positive thinking, so I wrote down a big pile of awesome things which happened to me in 2016.

END_OF_DOCUMENT_TOKEN_TO_BE_REPLACED

One of the longest-serving computers I have kicking around is a shell server which since 1993(ish) has hosted my email, domain names, and websites.

Of course it’s been patched and reinstalled but I never bothered actually clearing the configurations up to remove old projects. Yesterday it suffered a bit of a meltdown and I took the initiative to finally do some tidying, a process which largely involved manually going through everything bit-by-bit, line-by-line.

END_OF_DOCUMENT_TOKEN_TO_BE_REPLACED

From Hairy To Bald – Part Two 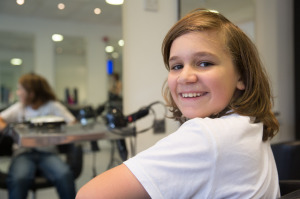 As announced a couple of weeks ago, my young son Ben had decided to raise some dosh for Cancer Research UK by having all his lovely locks shorn off.

Given he’d be walking around completely hairless for a bit, it seemed sensible to do it at the start of the half-term break so he had a chance to get a little bit of head-fuzz back. Thus, last Saturday we headed to Charlies Hair Salon in Wakefield (note: no apostrophe) to get the deed done.

The lad was remarkably chipper and quite excited when we arrived, and a small crowd had gathered to make sure he went through with it! Sitting in the chair, full of smiles, the hairdresser asked nervously, “Are you sure? All off?”

…and it was done in less than ten minutes, all ready for the cold snap we’re due next week!

In total, the boy raised £862.50 for Cancer Research UK, and we’re very very proud of him of course – well done kid, this is one very proud Dad!

Thank you to everyone who contributed and who gave a few quid (and lots more sometimes!) when I asked, and thanks to Charlies who did the head-shave for free and ran a collection in the salon during the shave – you are really stellar people!

From Hairy To Bald – Part One 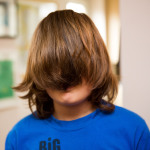 My son Ben has taken it upon himself to raise a bit of dosh for Cancer Research UK by shaving all his hair off and going bald, and he is seeking sponsor donations for it. He’s always been the lad with the longest hair in his school, and is well known for his mop – it’ll be a bit odd seeing him bald (and I don’t envy him given it’s approaching winter). All power to the lad though!

The hair, once snipped, will hopefully be going to another cancer charity to weave wigs for kids who’ve lost their hair through chemo, etc. so it’s all good!

If you can find it in your hearts to chuck a couple of quid his way please, that’d be lovely and he would be epically grateful (and so will I!). I’ll post some photos once he’s all bald, and maybe even Ellie will do a video of the ritual head-shaving on Youtube.

His fundraising page is at https://www.justgiving.com/ben-rowbottom/ – even a couple of quid would be welcome, please!

A rollercoaster of a year and, frankly, a bloody awful one. Major things happened this year in my life and although I’m not going into them publicly, it’s left me a shattered wreck of the person I was. 2014 doesn’t hold much promise either. I left my New Year’s Day entry for 2013 hoping friendships wouldn’t change and in actual fact nothing could have been further from reality.

So instead of going into it, here’s 12 music videos and a brief note why each one.

January’s choice happened at about 3am on 1st January 2013 in the aftermath of our (then annual) New Year’s Eve party, with a friend in a Freddie Mercury outfit dancing with a hoover.

I photographed Spizz Energi at the Brudenell Social Club in Leeds. Wasn’t too bad, but the reviewer was a bit confused as to why I’d shown up there.

Space singing Burn Down The School. They were being supported by a friend’s band and this one turned out to be a fantastic gig to photograph as well. Bern did a review with pics by moi.

I discovered Adam Buxton’s BUG and went to the National Media Museum for a lecture on the evolution of music video. This is one of the more brilliant ones.

One of the highlights of Live At Leeds 2013 for me was Darwin Deez. This video was actually also part of the BUG lecture but deserves to be here in its own right.

All hell breaks loose and I make some serious life decisions. This was playing on the dancefloor on my first night ‘out’.

Dutch Uncles performing Bellio. A highlight of Tramlines 2013. I spent a lot of time this Summer talking to Joe Sheerin of Leeds-List who tolerated me talking a lot of stuff at him. We sat sidestage and watched Dutch Uncles groove as it got colder on The Green.

By August, I was photographing festivals almost every weekend and gradually coming out of my shell. This one reminds me of Beacons 2013 – my first camping festival in years – not because John Grant was there but because it was playing in the car both to the festival and back from it.

The final festival of the year was Bingley Music Live. I ended up talking with Nile Rodgers backstage for a short while; I was in a bad place psychologically, and he helped. So it can be claimed that 1st September 2013 was the day Nile Rodgers saved my life.

The last time I went to a gig and ‘maled-up’ for it. I was a wreck. I tried though, I did honestly try and get through it, but it was very difficult.

Finally caught They Might Be Giants. Had fun. It took place on Transgender Day Of Remembrance, and I bought a purple band t-shirt.

A song from a friend’s band who don’t perform any more, and this was one of the last songs they wrote a few years ago. For some reason I latched onto it again in December, and danced to it in the kitchen on Christmas Eve. You should always dance in the kitchen – it’s law. If you watch the video carefully, you can see my head bobbing up and down in front of the stage – I was photographing it.